Leading memory studies scholar, sociologist and historian Jeffrey Olick will trace developments around the concept of "the politics of regret", with a focus on debates on postcolonial, German memory politics and the end of American exceptionalism in light of the BLM movement.

There will also be a zoom link available. For more details, see bleow.

In the talk, Jeffrey Olick will review the trajectories of what he’s called the politics of regret — acknowledging and apologizing for difficult pasts — from its heyday in the 1990s through the last two decades, with a focus on transformations in the last five years. He will give particular attention to debates over postcolonial memory in Europe (with particular attention to recent German debates) and to the end of what he has called American exceptionalism in memory politics following the murder of George Floyd and the rise of BLM (showing how the discourses are intertwined).

Jeffrey K. Olick is William R. Kenan, Jr. Professor of Sociology and History at the University of Virginia.  He is Co-President of the Memory Studies Association (memorystudiesassociation.org) and an elected member of the Sociological Research Association. He has made seminal contributions to the field of memory studies, including as co-editor of The Collective Memory Reader (with Vered Vinitzky-Seroussi and Daniel Levy; Oxford University Press, 2011). He first addressed the theme of this talk in The Politics of Regret: On Collective Memory and Historical Responsibility (Routledge 2007). His most recent publication is as co-editor of Regions of Memory: Transnational Formations (Palgrave, 2022).

When? Thursday, 10 November 2022, 19:00-20:30
Where? Universität Regensburg, Raum PT 3.0.79, Universitätsstr. 31, 93059 Regensburg. There will also a be a zoom link to the event made available by the organizers of the accompanying conference. The Zoom details will be published under this link. 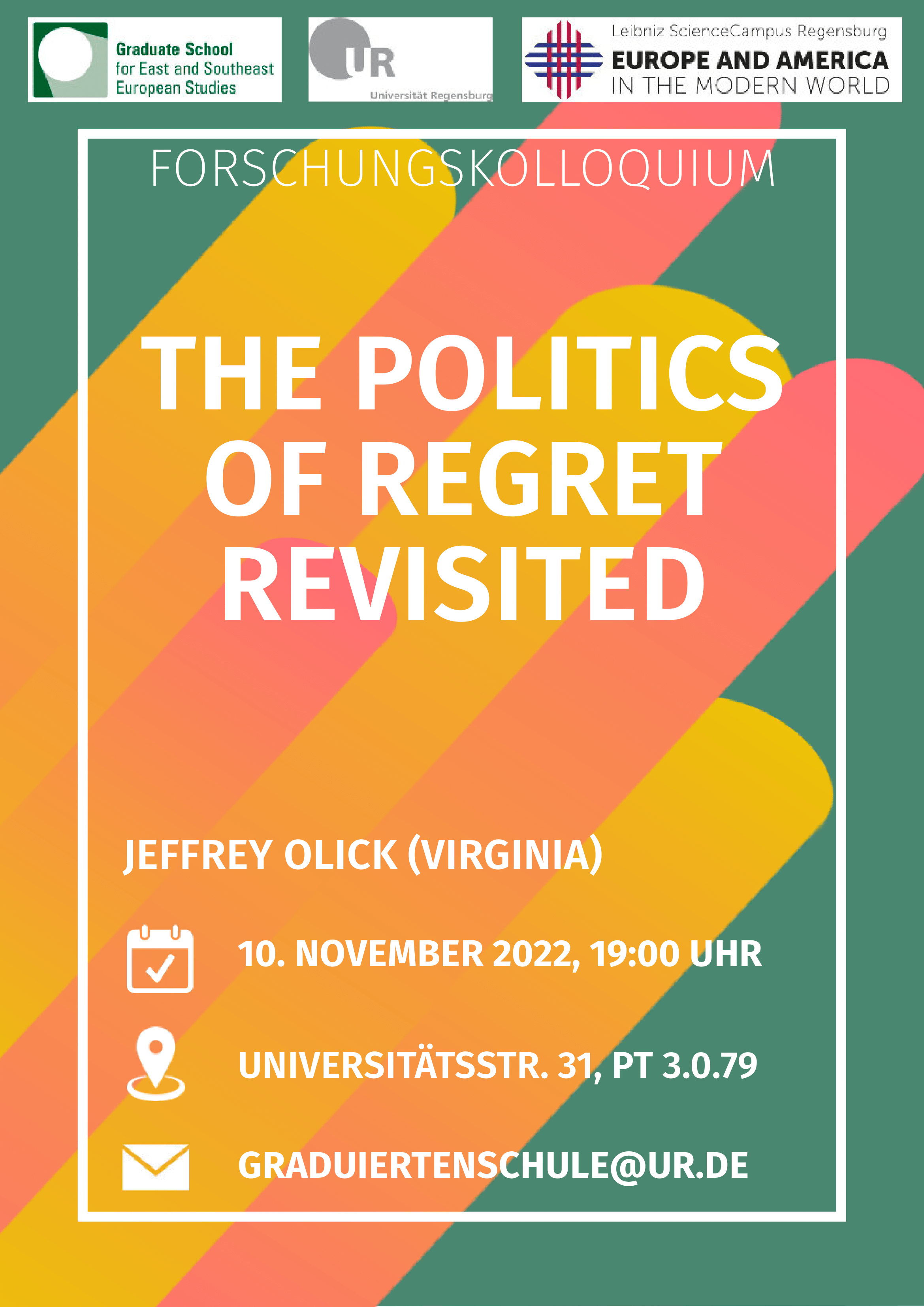