The Leibniz ScienceCampus Europe and America and CITAS have launched the second edition of the Prize for Outstanding Master's Theses in Area Studies at UR. The prize promotes the development of research and teaching with relevance to area studies in the fields of social sciences, humanities, law and economics. Students can apply until 31 October 2021.

Up to three prizes (a first prize of 400 €, two equal second prizes of 200 € each) will be awarded in 2021 for final papers and theses submitted as part of master’s degrees, degrees in law or teaching degrees (Masterarbeiten, Zulassungsarbeiten or Studienarbeiten – BA theses will not be considered). The prize, which was first awarded in 2020, recognizes students’ outstanding academic achievements, while also promoting area studies as a focus of research and teaching at the University of Regensburg.

Area Studies explores the culture, language, politics, and history, as well as economic, social and legal systems, existing in various large-scale regions of the world, while also investigating smaller-scale regions. The interdisciplinary and multidisciplinary approaches employed in the field can be applied to the study of a single region or used to produce comparisons between areas. The study of interconnections and entanglements between regions is increasingly common in area studies research. North America, Latin America, and Eastern, Southeastern, Western and Southern Europe, as well as the relations between these regions, form the focus of area studies research and teaching at the University of Regensburg. We particularly encourage applications from students who have explored relations, transfers and interconnections between different regions.

Applications are welcome from any students who completed a teaching, law or master’s degree in relevant programs based in the Faculties of Law, Economics, Human Sciences (formerly PPS), Philosophy, Art History, History, and Humanities (PKGG), and Languages, Literature, and Cultures (SLK) in summer semester 2020, winter semester 2020/21 or summer semester 2021. The deadline for applications is 31 October 2021. Students can nominate themselves for the prize or be nominated by their thesis supervisor(s).

The following documents in English or German should be submitted electronically to the manager of CITAS (Dr. Paul Vickers, citas@ur.de):

The prize will be awarded during winter semester 2021/22 as part of an event organized by CITAS and the ScienceCampus. The prizewinners will receive a certificate and the prize money. The prizewinning theses will be considered for publication in abridged form in the Leibniz ScienceCampus’ blog-journal Frictions www.frictions.europeamerica.de.

If none of the works submitted is judged prize-worthy, no prize will be awarded for 2021. Should there be fewer than three prize-worthy submissions, the Committee reserves the right to distribute the prize money differently than outlined above.

The prize is awarded from available funding without legal obligation. The prizewinner(s) must ensure that any award is taxed accordingly. The Committee’s decision is final. Legal recourse against the decision is not possible. The German version of this call is the binding version.

For further information regarding the prize, please contact the manager of CITAS and coordinator of the Leibniz ScienceCampus, Paul Vickers (email citas@ur.de, tel. 0941 943-5964). 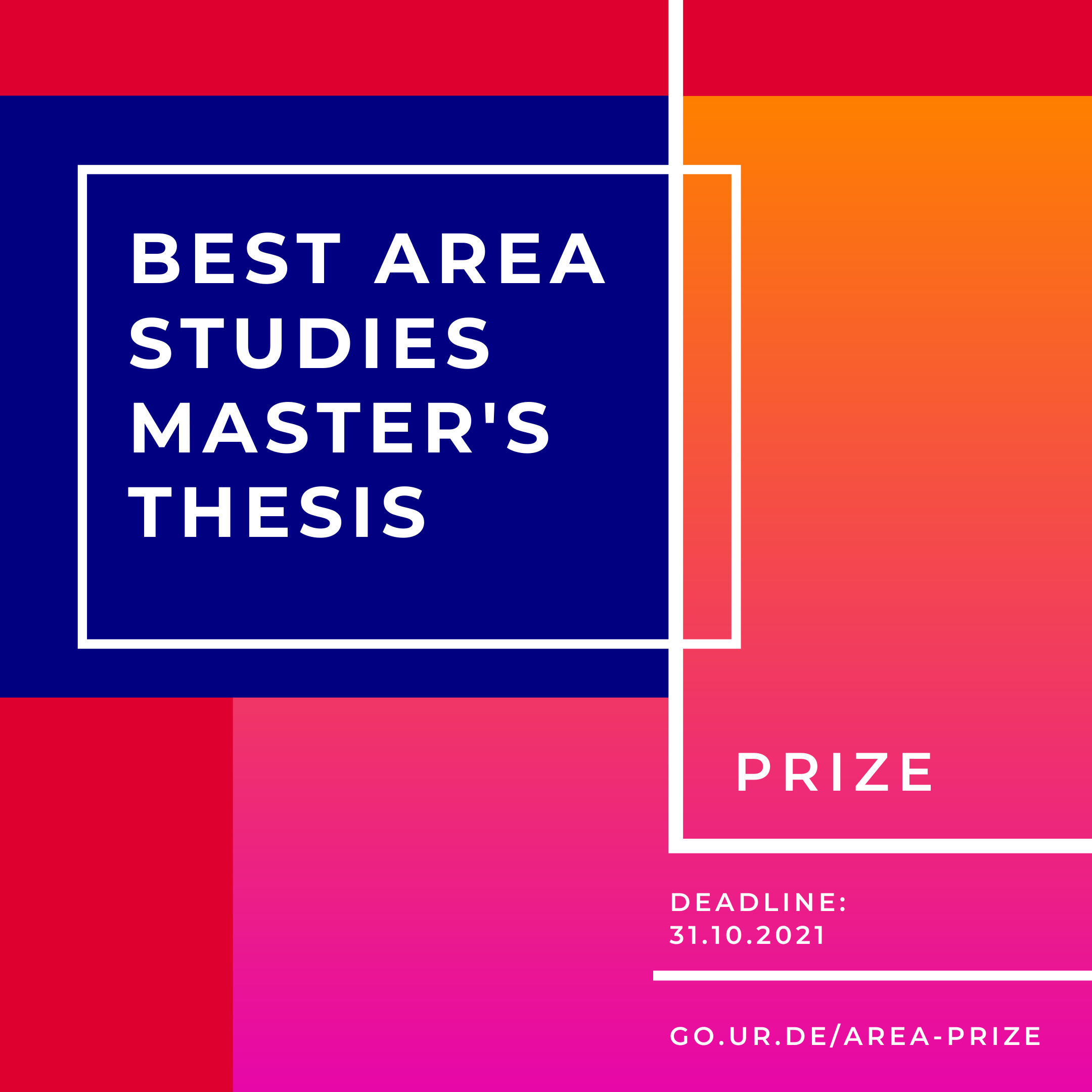