One of the first events organized by the Regensburg ScienceCampus was the workshop "Designing a Doctoral Project". Sixteen prospective doctoral students who have completed or are close to completing a Master's degree came to Regensburg to learn more about what a PhD looks like in Germany and Regensburg; what challenges and pleasures are involved in doctoral studies; and how to write competitive research proposals.

In exchanges with existing doctoral researchers, postdocs and senior researchers, the participants received general information on securing funding and writing proposals. In smaller groups, they received subject-specific feedback on project proposals from senior scholars working in the fields of migration studies, social anthropology, cultural studies, economics and business, history and politics, across all the regions represented at the ScienceCampus.

The workshop was led by Paul Vickers (CITAS/ Leibniz ScienceCampus) and Adrian Grama (Graduate School for East and Southeast European Studies), with colleagues from across IOS and the University contributing with presentations or as mentors of subject-specific groups. Heidrun Hamersky (Graduate School) offered insight into the forms that a doctoral degree can take in Germany, including structured programmes and researching individually in university departments. Ulf Brunnbauer offered regular contributions to the discussions on what makes a successful research proposal and the qualities required to succeed as a doctoral researchers.

Colleagues from the UR International Office, the Centre for Languages and Communication (ZSK), Bayhost, REAF, Research Centre Spain, and libraries at IOS and UR all shared their expertise. 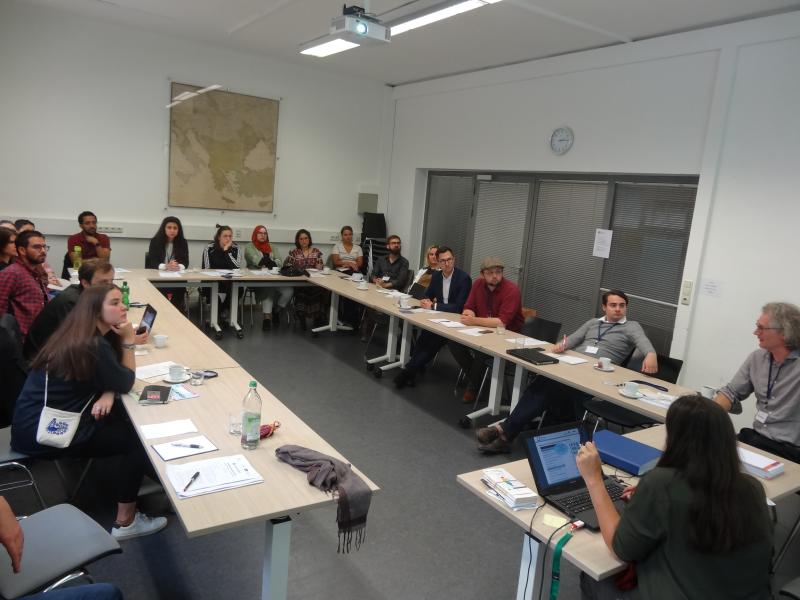