On Weds 27 July, at 18:15 in Room 017 at Altes Finanzamt, IOS visiting fellow Joseph Kellner will give a talk on the Hare Krishna movement, which rapidly became a dynamic and ubiquitous presence in late-Soviet and post-Soviet urban life. This event is supported by the Leibniz ScienceCampus and Graduate School

Dr. Joseph Kellner’s forthcoming book is a cultural history of the Soviet collapse, focused on the eclectic and highly visible milieu of spiritual seekers that color popular memory of the era. While in Regensburg as an IOS fellow, he is researching the Hare Krishna movement, which rapidly became a dynamic and ubiquitous presence in late-Soviet and post-Soviet urban life and which, despite outward appearances, spoke to the quintessential sentiment of the post-Soviet transition. That sentiment is nostalgia: in doctrine and practice, the Hare Krishnas seek to reconstruct an untainted and primordial golden age, which they locate in the Sanskrit epics of ancient India. His talk will discuss the curious Soviet origins of the movement, examine the role of nostalgia in their outsized success in the early 1990s, and suggest a surprising affinity between Krishna Consciousness (as they term their faith) and the wider culture of the early Russian Federation.

He was scheduled to visit Regensburg as a Leibniz ScienceCampus visiting fellow through the partner institution in Berkeley but since moved to Georgia and is an IOS visiting fellow in July 2022. 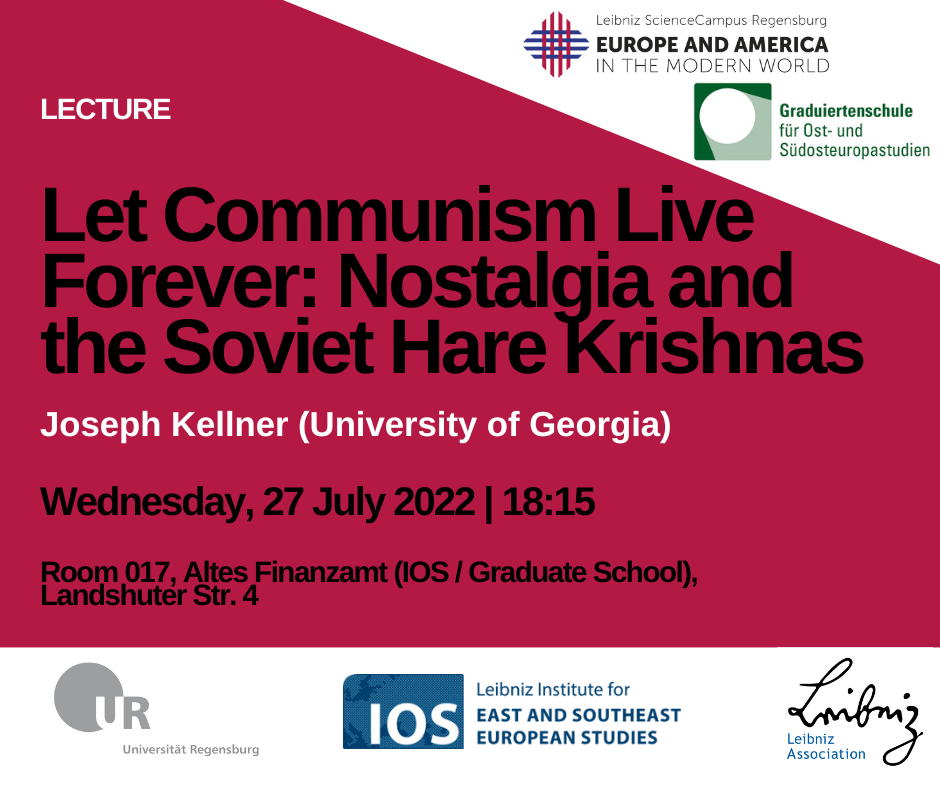