Lecture Series | Forging the Nation: The Making and Faking of Nationalisms in Our Own Times (Ronald Suny)

Ronald Suny, Visiting Fellow at the ScienceCampus, will give a talk on May 9, 2022, as part of the lecture series "Frictions and Transformations of Globalization".

The recent resurgence of nationalism, national isolationism and populism, and the problems facing transnational projects like the European Union have confounded expectations by liberals, Marxists, and social scientists that globalization, capital flows, labor migrations, and transnational concerns like global warming would undermine the bases of sovereign nation-states. Instead of blurring differences and boundaries between ethnic and national communities, walls have been erected; migrants have been expelled, unless they conform to the host nationality; and nations have been hardened to the point of being mutually exclusive, even hostile to those right next door.

The end of empire and the emergence of nation-states, as well as the transition from command economies to capitalism, are moments in which the politics and practices of belonging have been reshuffled and reconceived. The countries where peoples and societies endured disruptions with the collapse of state socialism, the fraught transitions to democracy and market economies, and the retreat into new forms of authoritarian and exclusivist nationalism belied the triumphant hope that democracy and free enterprise would flourish unchallenged. Societies as different as the relatively stable democracies of the United States and Western Europe and the Indian subcontinent fell victim to radical assaults on liberal democracy. How are we to explain why American, European, and Asian societies have turned to exclusivist and often anti-liberal populist nationalisms? I will explore how globalizing capitalism and the uncertainties and instabilities it produces affect societies that are (or imagine themselves to be) culturally homogeneous. This talk explores the tensions between the national and the global in an attempt to understand current nationalist and authoritarian threats to democracy.

Ronald Suny is the William H. Sewell Jr. Distinguished University Professor of History and Professor of Political Science at the University of Michigan, Ann Arbor. His research has centered on the non-Russian nationalities of the Russian Empire and the Soviet Union, particularly those of the South Caucasus (Armenia, Azerbaijan, and Georgia). His aim has been to consider the history of imperial Russia and the USSR without leaving out the non-Russian half of the population, to see how multi-nationality, processes of imperialism and nation-making shaped the state and society of that vast country. This in turn has led to work on the nature of empires and nations, studies in the historiography and methodology of studying social and cultural history, and a commitment to bridging the traditional concerns of historians and the methods and models of other social scientists. He is in Regensburg as a Visiting Fellow throughout May 2022.

The lecture series is organized with CITAS. 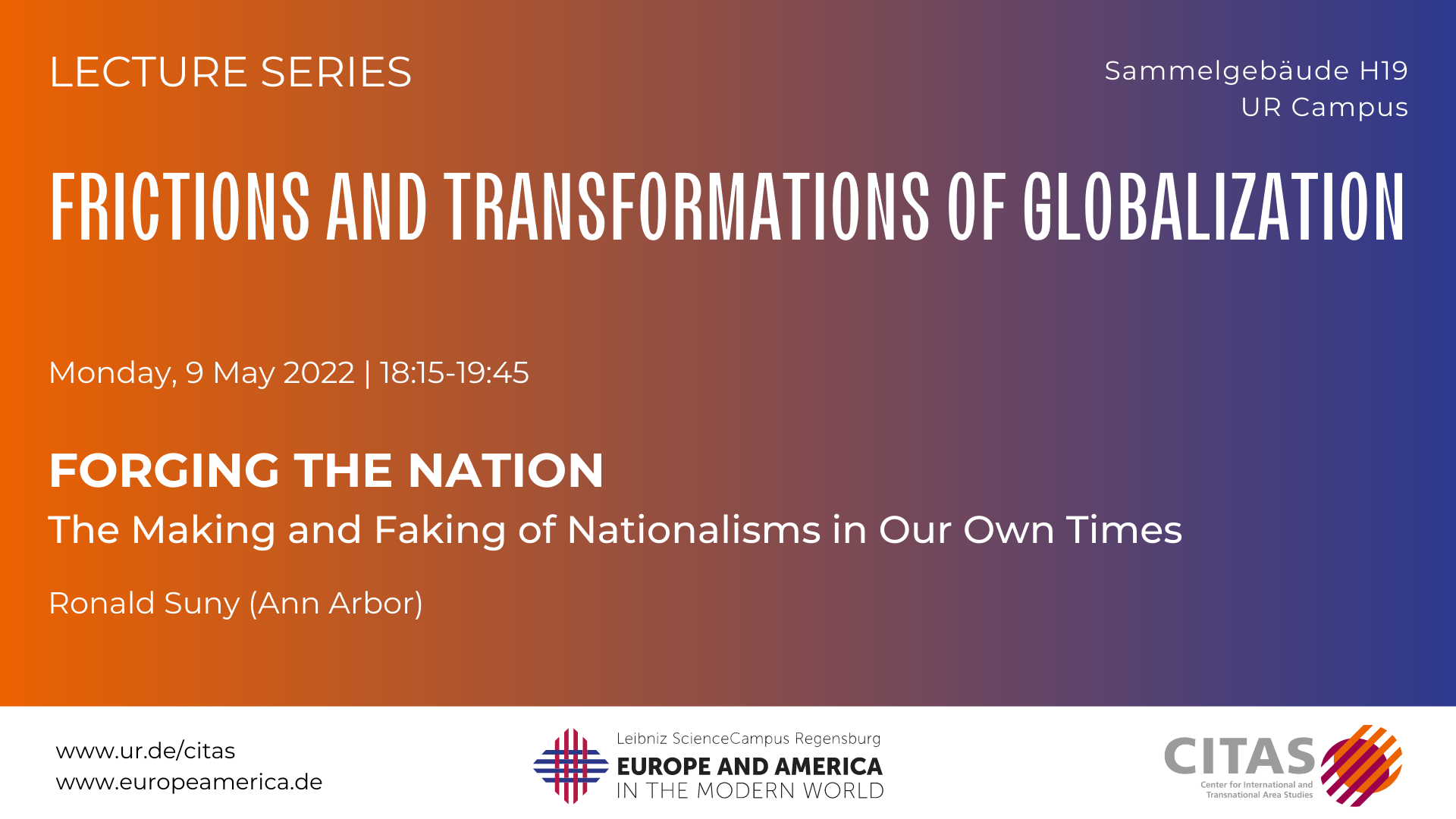