Constantin Iordachi, Visiting Fellow at the ScienceCampus, will give a talk on "The Danube-Black Sea Canal" on 27 April 2022.

In 1949-1984, Romania’s communist authorities conducted a pharaonic engineering project meant to prove the advanced capacity of the socialist economy: the building of the Danube-Black Sea Canal. The canal, 95.6 km in length, linked the Danubian port of Cernavodă with the sea harbor of South Constanta-Midia Năvodari, and thus shortened access to the Black Sea by 400 kilometers, following an old idea first explored by Ottoman authorities in 1855. The total cost of the canal is estimated at circa two billion USD; at an annually generated income of thirty million USD, its full amortization will occur after circa 600 years. Why were the Communist authorities so adamant in implementing this gargantuan yet inefficient economic project? What were their ideological and social-political motivation and expectations? What have been the canal’s economic and geo-political impact and implications? To answer these questions, my talk explores the multiple ideological, economic, and ecological roles assigned by the Communist regime in Romania to the execution and exploitation of the Danube-Black Sea Canal, which spans almost the entire communist period. I argue that, in order to understand the communist strategy of modernization, one needs to compare the communist policies with previous imperial or national plans of exploiting the Lower Danube, from the Ottoman Empire and the European Commission of the Danube to Greater Romania. I also investigate the declared aims of the communist authorities in building the canal and the gigantic campaign for building it. In conclusion, the talk evaluates the Canal’ economic but also ecological impact on the development of the Lower Danube.

Constantin Iordachi is Professor of History at the Central European University in Budapest, one of the ScienceCampus's partner institutions. In April 2022 he is in Regensburg as a Visiting Fellow at the ScienceCampus.

This event takes place in collaboration with the Volkswagen Foundation-funded Rare Subjects project on Southeast European Studies. The talk is part of the new SNAKLAB series of research seminars. Find the program here. 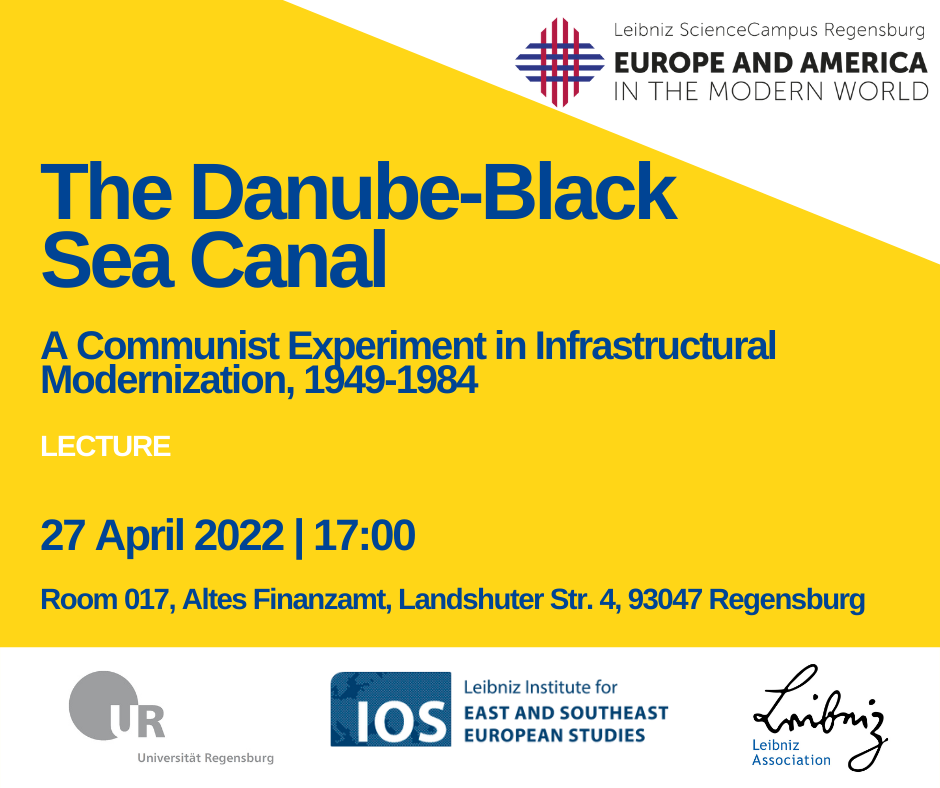 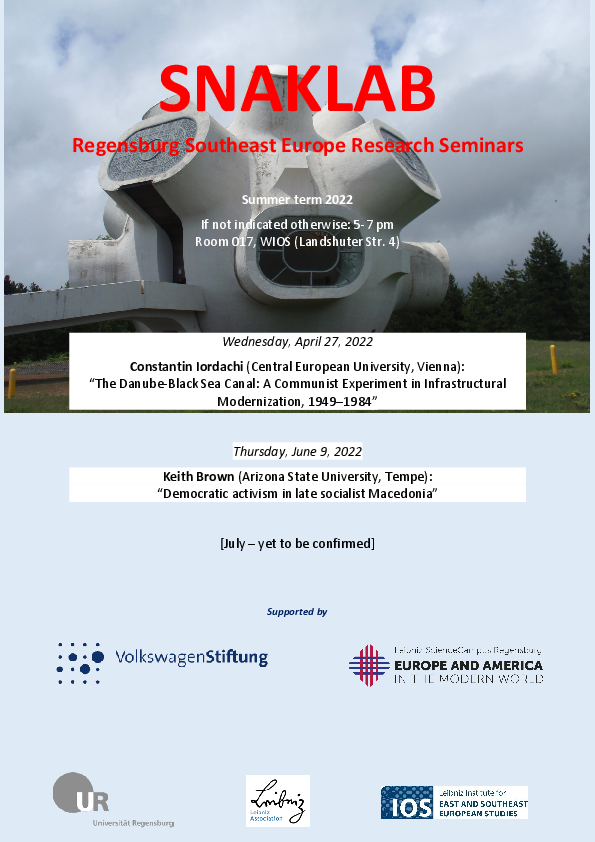